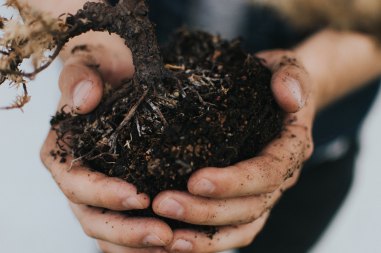 “And having no root in themselves they endure but for a time.  But when trouble comes they quickly fall away” Mark 4:17

Scripture reminds us repeatedly and sternly that we are not to lose heart due to the troubling events in our lives, as they are not fully what they may seem;  whether the exodus from Egypt, the wanderings in the desert, entering into the promise land, choosing a king, maintaining the stability and integrity of the nation, or the beginning and flourishing of the Church.  There is a tension that runs throughout all of scripture: that of trusting in God to guide and sustain our lives or believing that the events in our world are as they seem, and we are left to our own devices to provide, protect, and care for ourselves. END_OF_DOCUMENT_TOKEN_TO_BE_REPLACED

Fear – A Shrinking Back

Fear can be a constant nagging, agitating, and even crippling feeling that affects many people. Sometimes we experience it as worry, and at other times it manifests as anxiety. It can disguise itself as something that is important to focus on, or a matter that needs immediate attention; or it can be a concern that if you do not address it, it will immediately alter everything in your life. Franklin D. Roosevelt once said: “There is nothing to fear but fear itself”.  In life that is commonly true. How many times have we had an enormous fear of something happening; and then it actually does happen, and the thing that we were afraid of happening, when it occurs, is not nearly as bad as what we expected. Sometimes, though, fear is realized when a terrible event does occur, and it was worse than expected. Then that fear can be the fear of something bad happening all over again.  In the Bible, the phrase “Fear Not” is mentioned 365 times. It was so important to God, that he mentioned it enough times to cover every day of an entire year. Why is it so hard for us, though, to give up our fear? Is it because we feel that having that fear is somehow making us feel like we are responsible for the things we can’t control? How much can we really control in our lives anyways? END_OF_DOCUMENT_TOKEN_TO_BE_REPLACED

It is good news indeed that this world is filled with an abundance of demonstrations that the things of life are essentially malleable. Even amidst the testimony of so many objects in nature that give all appearances that things are permanent and fixed, there is a slow current moving in the underbelly of life that churns and presses out new combinations through the various matrixes of existence. Although for many change can be disheartening and provoke anxiety, it none the less will happen, and we can have hope that it will. That is the essential condition of this world, the material world; material items do not remain the same, but are under constant movement from one state to another. Whether it is something coming into existence, or going out; whether something is altered, increased, or decreased, or simply changing locations, everything in this world is changing. END_OF_DOCUMENT_TOKEN_TO_BE_REPLACED